Bubba died in a fire and his body was burned pretty badly. The morgue needed someone to identify the body, so they sent for his two best friends, Darryl and Gary.

The three men had always done everything together!!!!!

Darryl arrived first and when the mortician pulled back the sheet Darryl said, “Yup, his face is burned up pretty bad. You better roll him over.”

The mortician rolled him over, and Darryl said, “Nope, ain’t Bubba.”

The mortician thought this was rather strange. Then he brought Gary in to identify the body.

Gary looked at the body and said, “Yup he’s pretty well burnt up. Roll him over.” The mortician rolled him over and Gary said, “No, it ain’t Bubba.”

The mortician asked, “How can you tell?”

“What? He had two A-holes?” asked the mortician.

Yup, I’ve never seen ‘em, but everyone knew he had two A-holes. Every time we went to town, folks would say, “Here comes Bubba with them two A-holes!” 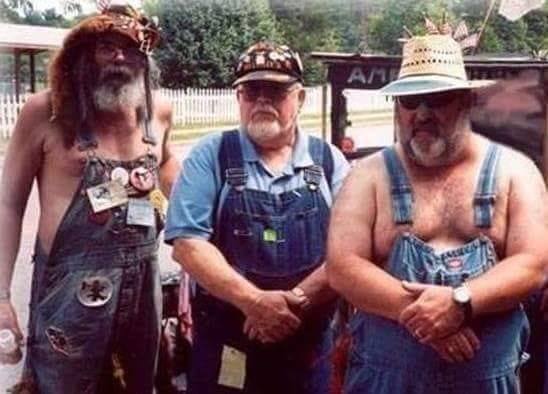 I think this one has made the rounds before, but I still like it.